The Gordon Hirabayashi Trail has been named for an American citizen of Japanese descent who protested the relocation of Japanese citizens and later won a court battle against the United States Government.  Hirabayashi was imprisoned here in Arizona at the Prison Camp.

This trail winds its way west-northwest up the mountain to Romero Pass. We passed a camp site and conversation started of camping out. I have never camped out in my life, the closest I have come to sleeping outdoors was as a young woman when I fell asleep on the beach sun tanning. But this is something that since I love to hike I want to try. And besides in order to complete the AZT, there definitely will be a need to sleep out on some of the longer sections.

After a while we came upon a sandy arroyo where we met a fellow named Matt. Thank goodness for Sue, she likes to talk to passersby.

OMG, Matt is hiking the AZT!

He was walking alone and had what seems to be a very small lightweight pack. We all started talking, asking questions about what he had in his pack. He told us that the pack is a grand total of 20 pounds when he has to be on the trail for a full week. But when there are sections where he can refuel it is around 10 pounds or so.

I think he is purifying his water. Don’t know if I could do that, but will definitely consider it. I gave him my Choose Happiness Adventures business card and asked him to please contact me and send me his packing list when he returns to his home. We said our goodbyes and he hiked off ahead of us.

From that moment on, talk of hiking the AZT ensued. We are actually going to attempt the entire trail. Sue and I are retired, well with the exception of running tours; however, Lova still works. But she is self-employed and should be able to manipulate her schedule to allow for time off to hike the trail.

Our plan is to hike all the southern trail in day-hikes leap frogging our cars when possible to not have to walk the trail as out and back hikes.

Sue and I did some yoga poses on a large flat rock on the side of the trail while Lova took our pictures.  As we hiked along the AZT we passed some breathtaking scenery of the Sonoran high desert. 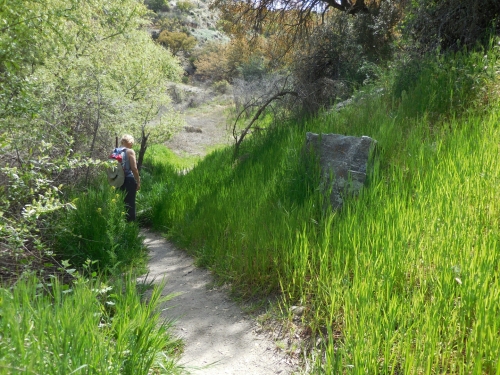 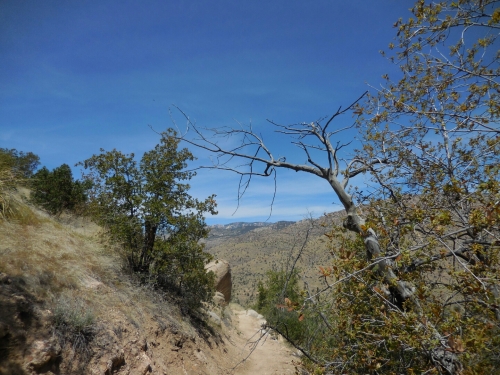 Next on the schedule to be hiked is the Bellota trail.  Yes, we know we are hiking out of sequence but we must hike the desert areas as the temperatures allow.  And it doesn’t matter in what order the passages are hiked, as long as we hike them.

This entry was posted in The AZT. Bookmark the permalink.

15 responses to “The Gordon Hirabayashi Trail – Part of Passage 10”