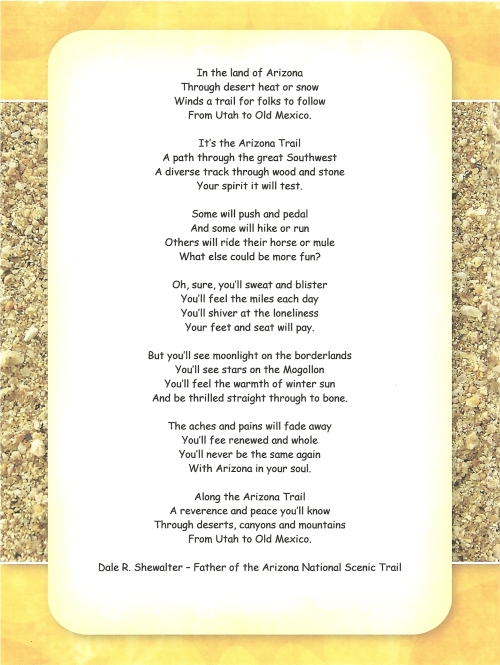 Several years ago, I walked a portion of the trail in Vail, Arizona after having had my son recommend it as a great hiking trail for me. That little day hike was enough to get me excited about attempting the entire trail. My only problem was I didn’t know anybody who would take on an adventure like that, backpacking and sleeping out in the wilderness.

I ordered a guidebook and read it from cover to cover. I became even more intrigued by the trail. I talked it up to a few friends, but nobody was interested.   I never gave up on the idea of hiking it, gosh I would do it on my own if I had to, but for the meantime it was put to the back of mind but definitely high up on the bucket list.

That section of the trail was beautiful and at our turn-around point we got to view the remains of the WWII Prison Camp. The name Prison camp came from the Federal Honor Camp begun in 1937 to house federal prisoners supplying labor to build a road providing access into the Santa Catalina Mountains. Prisoners had been convicted of federal crimes ranging from immigration law violations to tax evasion to bank robbery.

During World War II, many of the prisoners were conscientious objectors whose religions prohibited them from serving in the military. Some were Japanese Americans protesting the “Japanese American Relocation,” the largest forced removal and incarceration in U.S. History. After the Japanese Navy attacked Pearl Harbor in 1941, over 100,000 Japanese Americans, many American Citizens, were imprisoned in crowded internment camps for fear they would conduct espionage and sabotage along the west coast. 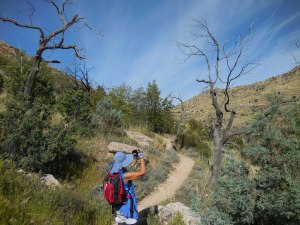 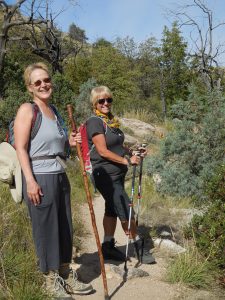 After we returned to the trailhead, we decided to walk the next section of the AZT the following Sunday. We would hike from the Gordon Hirabayashi trailhead  on an out and back as far as we could get.

I was blissed, this is fulfilling part of my desire to hike the entire AZT – hey, maybe I can talk my hiking buddies into walking the entire trail with me.